Nothing like a four-day work week, right? It might have been shorter than normal, but plenty of interesting things still happened. So, to keep you up-to-date on the latest news, we have our weekly news round-up! Check out this week's prominent post-its:

Rock of the (Neolithic) Ages

Brace yourselves, ancient rock enthusiasts – Stonehenge is no longer the king of the big-rock-circle castle. Its crown goes to Durrington Walls, a bigger and better rock circle that’s been discovered nearby. Of course, it’s no longer standing, so it’s not likely to become the tourist attraction that Stonehenge is, but it wins in the size category. Seems like poor old Stonehenge has hit rock bottom.

Terry Gilliam: “I’m Not Dead Yet!”

Variety magazine has been prematurely bringing out the dead. The entertainment news site accidentally published their prepared obituary for Terry Gilliam, of Monty Python fame. Gilliam, who actually isn’t dead, took to social media to make jokes out of the whole fiasco. And, Monty Python fans unsurprisingly hopped on board, filling Twitter with jokes that reference every Monty Python sketch imaginable. Reports of his death seem to be greatly exaggerated.

How ‘Bout Them Apples?

For the tech addict in your life, this week has been their own personal Christmas. Apple unveiled a whole host of updated iProducts on Wednesday, including the fancy new iPhone 6S, a new iPad Pro, and a new version of the Apple TV. So, basically just improved versions of products they already sell. But, they have introduced the new iPhone Upgrade Program –for $32 a month, you’ll be able to get the newest iPhone free every year. Good news for the iPhone users with the chronically cracked screens!

Return of the King of Comedy

A lot happened this week, but undoubtedly the best news is that Stephen Colbert is back on the air! After the Colbert Report ended last December, we’ve been deprived of our daily Colbert humor. And, now that Jon Stewart has taken his leave from TV, we need Colbert all the more desperately. But, the waiting is over! Colbert took over the Late Show from David Letterman, and his first episode premiered on Tuesday night. And, he’s already gotten rave reviews – so go check it out for yourself!

Kicking Them While They’re Down

If the refugee crisis in Europe hasn’t already depressed you enough, we have just the thing that will. A Hungarian camerawoman bafflingly seems to have confused “filming the plight refugees” with “being an all-around horrible person and making that plight worse.” So, she started to trip and kick the people running by. Including small children. She’s been fired, but not in time to prevent the entire world from hating her. People might say there’s no such thing as bad publicity, but this right here is bad publicity in a nutshell.

If you’re in Boston, you probably already know all about HubSpot’s #Inbound15 – the big inbound marketing event of the year. But, for those of you who weren’t able to make it, get excited! They announced tons of new features, all of which are super cool and definitely good news for marketers. Be sure to check out the new updates to see how you can make them work for you!

Once you master the new HubSpot tools, why not move on to mastering social media? Download our free guide for tips on how to shine at social media marketing! 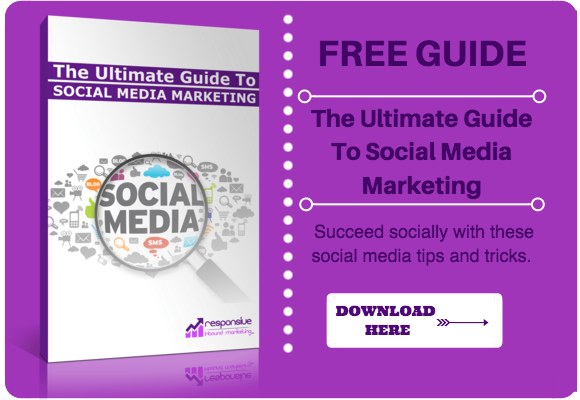