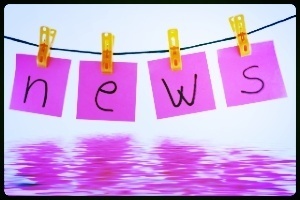 With a winter storm and Super Bowl parade behind us, Boston is ready for a mellow weekend.

Don't forget, lovebirds, Tuesday is Valentine's Day! Make your dinner reservations, order up those flowers, and choose the finest chocolates...if that's your thing.

This week's news gives a nod to social media, especially those trolls.

The Northeast had its first significant storm of the season yesterday. Boston, New York and Philadelphia closed public schools for the day and airports canceled more than 1600 flights. Boston totaled the largest snow accumulation topping off at 12-15 inches.

When You Look At The Bill And You’re Like, Yikes!

That’s what Snap is doing. The social media company is racking up quite a bill for cloud hosting services from Google and Amazon. Over the next five years, it’s expected to spend $1 billion with Amazon Web Services and $2 billion with Google, according to Tech Crunch. Ouch. To put it in perspective, Snap’s projected cloud hosting costs for this year total $45 million more than the company generated in revenue in 2016. While Google and Amazon services have enabled Snap’s growth, the company is considering building its own infrastructure.

Quite possibly the most memorable ad from Super Bowl Sunday was Tom Brady’s Commercial for Shields MRI where the player might or might not be mocking Roger Goodell when he cleverly remarks, "Roger That" at the end of the commercial. Watch for yourself. Goodell, who suspended Brady from four games this season as punishment for the Deflategate scandal, presented him with the MVP trophy. Awkward.

Brady’s Not The Only One Throwing Shade

Former White House photographer for Barack Obama, Pete Souza, could be throwing some  subtle shade at President Trump via his Instagram account. Included in his collection of photos that allegedly criticize recent Trump controversies are topics surrounding The White House décor overhaul, Trump’s immigration policy and international diplomacy. See for yourself. What do you think? Coincidence or a subtle dig? 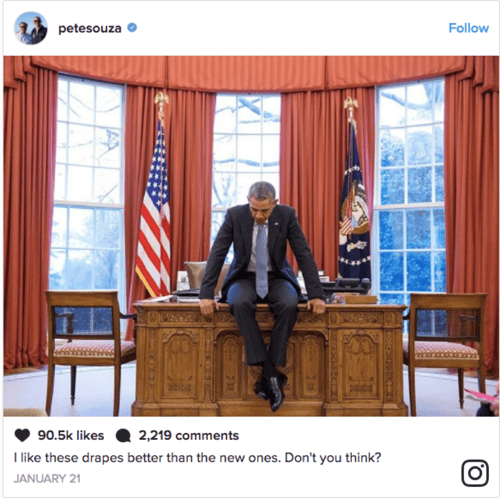 Users search Twitter to connect with the world which is a much wider networking scope than platforms like Facebook, where users mostly connect with family and friends. This leaves the social media company extra susceptible to trolls. Note, a troll is defined by Huffington Post as “someone who creates conflict on sites like Twitter, Facebook and Reddit by posting messages that are particularly controversial or inflammatory with the sole intent of provoking an emotional (read: angry) response from other users.” Twitter is doing more to prevent trolls from hurling hurtful, harassing tweets to other users. The company has continuously tried to crackdown on abusers, but the task has proven to be harder than it seems. Under the new system, suspended account users will be blocked from creating new accounts and safe search will filter tweets that contain harmful messages.