Every year football fans around the country celebrate the glorious day that is Super Bowl Sunday. A day of comradery, bite sized snacks, and enough testosterone to wage a war. In the past years the Super Bowl has shaped into an important and monumental time for TV for not only the game, but the commercials! All the other 364 days of the year we would be happy to just fast forward over those pesky ads, but not today.

The Super Bowl has become the great unveiling of the big name brands newest and most anticipated commercials of the year. A true make or break situation that comes at the price of a pretty penny. For a 30 second ad during the Super Bowl in 1967 when this all got started, it would only put a company out for about $42,000, which back then was still big money. Today we are looking at around 3.5 million dollars for the same 30 seconds. So its no wonder that companies only choose their best ads to be run on Super Bowl Sunday, especially during the game.

A Tale Of Super Bowls Past:
Some companies have great success with sales, awareness, and interest in the brand all going through the roof. Commercials that are an absolute touchdown. But there are fumbles too. Let me take you back to the year of 2003, Super Bowl XXVII. Reebok had committed millions of dollars to their newest commercial series, "Terry Tate, Office Linebacker Hit Squad". In short, Terry would tackle the employees of the fictional Felcher and Sons who do not uphold proper office protocol. What a hoot, every American was sitting at home and thinking about a time where they had wished Terry worked in their office. The ad could not have been more successful, everyone was talking about Terry, and no one was fast-forwarding through his brutish antics during prime time. So you might be wondering why this is such a monumental brand failure.

Plot twist! With the commercial series that the great creative minds of the world were just fawning over, Reebok founder, Joseph Foster was in the works of pulling the plug on the whole thing for good! Why you ask, what does he have to do with it? The real kick in the pants of this whole commercial series was that no one actually knew Reebok had anything to do with it. No one knew that Terry Tate was actually trying to promote Reebok and their athletic wear.

The focus had so much been the dynamics, flow, and humor of the commercial to get viewers to watch it that they completely left out how to brand it toward Reebok. The imaging was so minimal that viewers didn't even recognize it as a part of the commercial. So with all this great buzz happening after the Super Bowl, where sales were expected to shortly after go through the roof, just the opposite happened. There were no sales. It was a complete failure. Reebok had failed to bridge the gap between the giant personality of Terry Tate and how he represented Reebok as a brand.

Lessons Learned:
Just like any tale there is always a lesson to be learned. When considering creating an advertisement, whether it be digital, print, or vocal, there is one equation that must be kept in mind.

Awareness+Interest+Trial=Adoption. Now depending on what your goal is these three components can be ranked differently. But when all is said and done, if the consumer is not left with a sense of who you are and what you do, you've failed. If it has not spiked a sense of interest in your company, even if it's small, you've failed. If the advertisement has not compelled them to try your product or want to try it, you have failed!

Reebok's commercial zeroed in on interest and forgot about awareness and trial. Now, for all those football fans, one player does not a team make. Without the other two, there is no chance at winning. Don't be like Reebok, be a brand management winner! Take a look at the commercial for yourself, let us know what you think in the comments section!

Want to know how Responsive Inbound Marketing can help your company with brand management? Click the icon below to schedule a free assessment of your marketing needs! 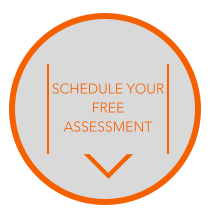