5 Influencer Marketing Campaigns That Got It Just Right

So what are some of these campaigns that got influencer marketing just right?

Felix Kjellberg, known to the internet as PewDiePie, is currently running the most subscribed to channel on YouTube. With over 81 million subscribers, Kjellberg’s channel focuses mostly on content surrounding video game reviews. PlayStation decided his birthday was a perfect time for them to get their brand out there. The company sent Felix a cake with a game controller hidden inside to celebrate. This led to PewDiePie creating a video in which he revealed the contents of the cake as well as tweeting about it. The video generated 3.2 million views and there were over 30,000 likes on the Tweet. PlayStation gained a lot of press coverage with very little cost on their end. 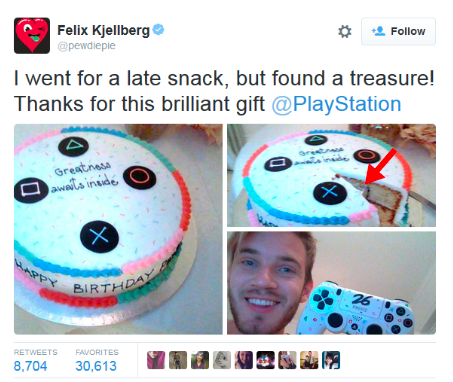 Tyler Oakley is another YouTuber and activist with currently over 7 million subscribers and 6.25 million Twitter followers. He creates a variety of videos ranging from challenges to Q&A’s. Back in 2015, he partnered up with an audio book company, Audible. In short segments during his video, Oakley would mention the sponsor from Audible as well as offer a link to viewers to get a 30 day free trial with the company. Tyler also includes a recommendation of a book he is currently interested in for his followers to check out. This campaign, along with many other partnerships with YouTubers, grew Audible’s total video marketing campaign views to over 83 million. The company was able to increase awareness and engagement of their brand. 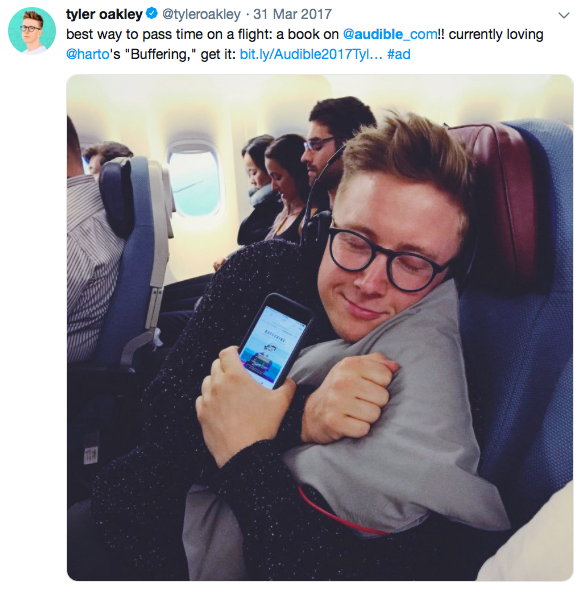 Ashley Thurman is a stay-at-home mom of 3 and runs the lifestyle blog, Cherished Bliss. She writes about DIY projects, recipes and home decor amongst other things. Thurman’s blog can generate over 32,000 engagements, especially for sponsored posts. She was sponsored by Bigelow Tea to write a post revolving around their teas. She wrote a detailed blog post for an iced tea recipe featuring the company’s “English Teatime” product. The post included links to the company’s website as well as their social media pages. The company had an 18.5% increase in sales following the post and truly helped get their brand out there. 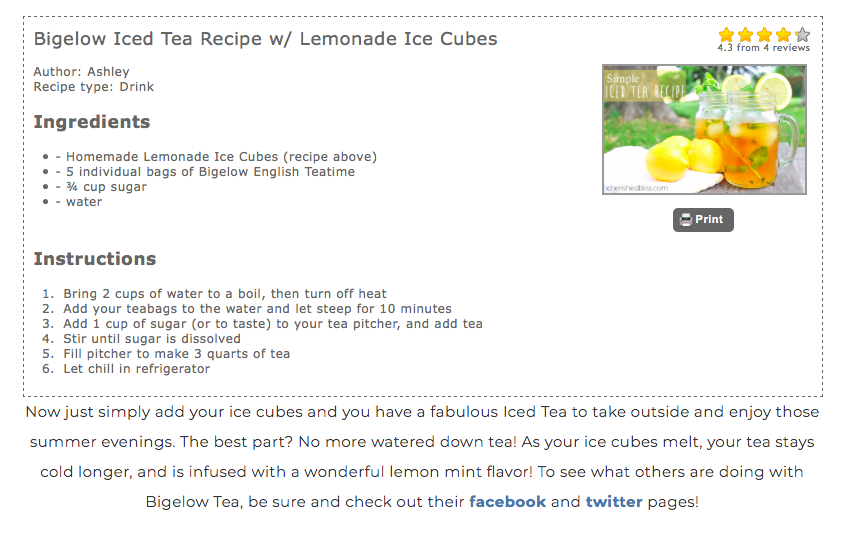 Zach King is a filmmaker who got his start on the app, Vine. He has since moved on to YouTube, as well as other social media platforms, and is most known for his incredible editing skills which make his videos appear as if he is performing magic. King has 3.3 million YouTube subscribers and 20.7 million followers on Instagram. He paired up with Subaru as a part of their #MeetAnOwner campaign. Using his iconic editing skills, King created a video surrounding him attempting to impress a date with a Subaru. His post generated 8 million views and the campaign had an overall engagement of 9%. The company was able to increase their brand awareness with this, and other, sponsored post. 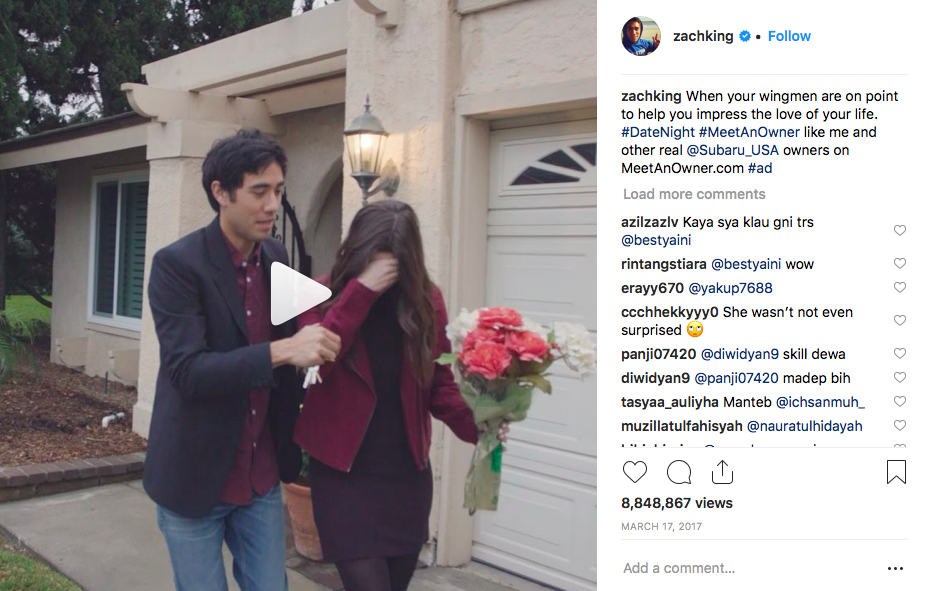 Kristyn Cole is a mother, dog-owner, home, and clothing line owner and lifestyle blogger. She posts about her life, beauty, DIY, and fashion. Cole has 91.6 thousand followers on Instagram and 62,000 likes on her Facebook page. She partnered with dog food company, Pedigree, in their “buy a bag, give a bowl” campaign. This campaign would provide food to a dog in need for every bag sold through Sam’s Club. To encourage her followers to participate, Kristyn shared a heartfelt Instagram post about her own dog and included a picture of her dog posing with her baby. This post helped the campaign and the company reached a 1.3 increase in their total media value. The company not only was able to get their brand name out there but was also able to support a good cause. 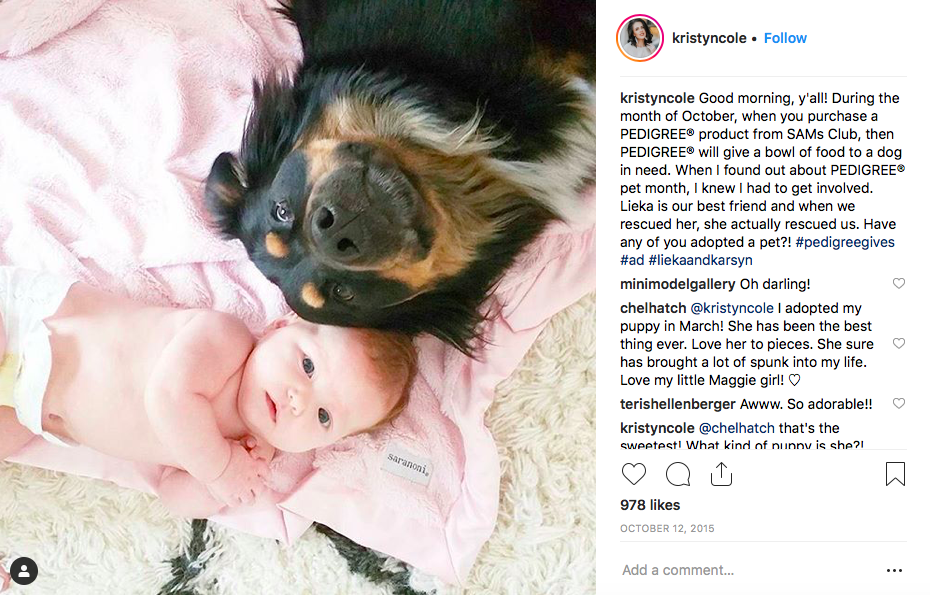 Influencer marketing campaigns have proven to be successful time and time again. We can see its efficacy in these examples and many other campaigns. With social media being a dominant marketing tool, it’s no wonder companies are turning to influencers on various platforms to reach a larger audience. Influencer marketing has grown over the past year and won’t be stopping any time soon. 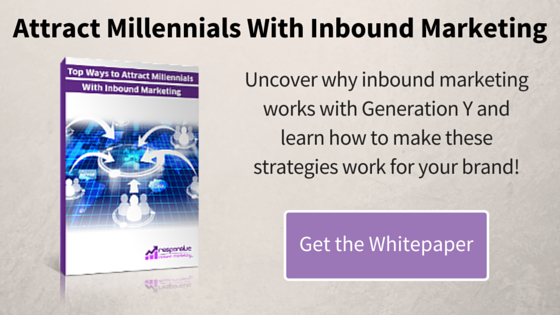