by Meaghan Moraes
3 min read
I’ve just returned from a super fun Las Vegas adventure (my first time!), and you could say I’ve seen a lot. The electric energy and nonstop entertainment make Vegas truly one of a kind. I especially witnessed a plethora of creative promotion – and in various ways. Here are 7 awesome promotional tactics I witnessed first hand during my stay in Las Vegas, Nevada.

If you’re aiming to bump up your Twitter followers, you have to be a little bit shameless sometimes. Include your unique Twitter handle in your flyers, mention it a few different times during your show. DJs often call the audience to follow them online, as do the majority of performers. In entertainment, you typically have to be a little loud to get noticed, so push that handle!

In this heavily digital age, going old school with your promotions can be the way to really set your brand apart. Post visually stimulating posters in local shops and get creative with handing out your flyers on the street. I was offered promotional material from a Walter White impersonator on the streets of Vegas, so there’s a fun example. Create promotional artwork with sidewalk chalk to draw people in; make it funny! People like seeing things that are different – even a bit weird!

In Las Vegas, the world is your playground. Every corner you turn has a huge, bright billboard promoting a show or famous personality. I purchased tickets to see Britney Spears prior to my trip, but if I hadn’t, I surely would have jumped on that immediately after seeing nearly every bus with Britney’s name and face advertising her show. Outdoor ads are awesome, especially when used in Las Vegas where everything around you is flashy, oversized, and exciting.

Photo contests are great for a number for reasons – they’re relatively easy to enter (anyone with Instagram and a few spare seconds can submit), and they also provide sponsors with a great form of user-generated content that can be reused and implemented elsewhere. For instance, I saw the Frank Marino Divas drag show during my stay, and Frank, aka Joan Rivers, prompted the audience to post photos of the show on Instagram and try to win their contest of “most fun/original photo” (using their special hashtag, of course). Everyone at the show was snapping pictures like wildfire during each dance number, so this was a great and fun tactic.

I don’t know about you, but my friends and I are frequently checking our favorite deal sites. For this trip, we did purchase some deals ahead of time, and I’m sure plenty of people visiting did the same. If you’re advertising a contest, posting it to a deal site is smart because these people who love a good deal will see it there. There’s almost always a sweepstake/contest forum section where you can add your contest into the mix.

I mean metaphorical skin of course – but whatever happens in Vegas…! Most importantly: show that you are not a robot. Don’t be afraid to have some fun and show off your company’s personality in an authentic way. Express yourself; and if that means literally showing some skin, well then, more power to you. In Las Vegas, pretty much anything goes.

Sometimes great marketing ideas also serve as fantastic forms of social proof. Pretty much all of the events I attended offered professional photos that you could choose to purchase. A popular format for this sort of thing is taking a “red carpet-style” picture in front of a backdrop that makes you look like a celebrity. Who wouldn’t be excited to share online that they’re at a cool, fun event; and, the social sharing also makes the company look really cool and fun. Offer interesting photo opportunities at your events so that they can be shared!

Now that I’ve returned to the tundra that is currently Boston, I’m daydreaming of Las Vegas and its many sparkling sites. Promotion should be this captivating everywhere, so make yours as entertaining and enticing as you can. Dream big! 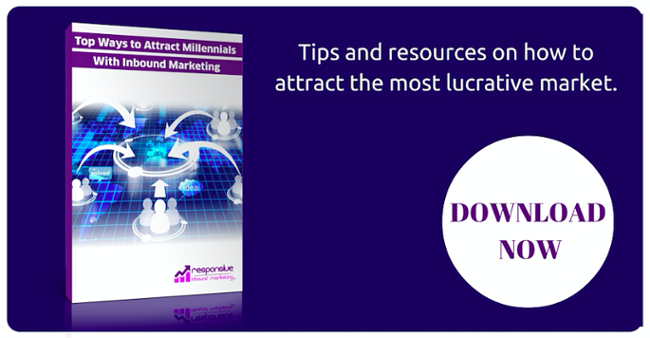